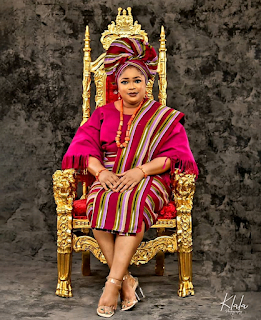 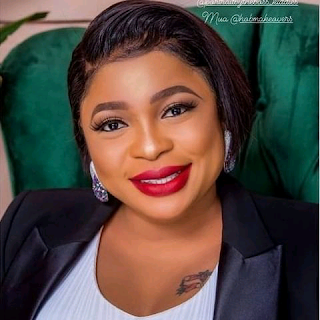 Biography and Wiki:
Kemi Afolabi is a popular Nollywood Yoruba Actress, Content producer, Scripts creator and Filmmaker
Kemi Afolabi is very beautiful, gifted, creative, skillful and highly talented Nollywood actress, known for taking brilliant roles in movies. She can as well fit into any character assigned to her by movie producers and directors in Nigeria. She does this very well to the delight of her numerous Yoruba fans.
Date of Birth and Age:
How old Kemi Afolabi? Kemi Afolabi was born on the 28th April in Lagos, in the year 1978 and she is currently 43 year old as of 2021.
Kemi Afolabi Birthday:
The popular Yoruba movie star celebrated her 43rd birthday in April 28, 2021. The star actress will be 44 years old by April 28, 2022. 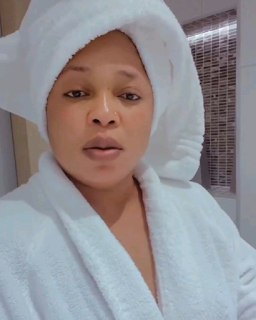 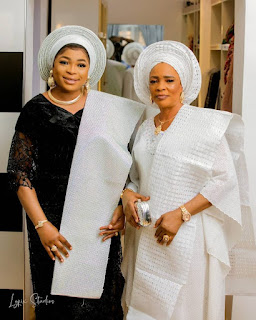 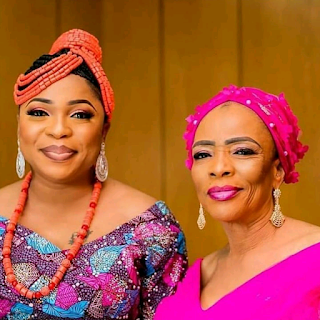 Kemi’s Educational Background:
Kemi Afolabi had her primary and secondary education at Tunwashe Nursery and Primary school, Ikeja and A-Z International School and Our Lady of Apostles School before she gained admission to the University of Lagos, where she graduated with an LLB Honours degree in Law. University of Lagos.
Kemi’s Acting Career:
Kemi Afolabi started her acting career dated back to her University days when she was invited by students of Creative Arts Department to participate in a Theatre Production.
She started acting professionally upon graduation and acted her first movie, “Alagba”.
She has since starred in several Yoruba movies including the popular hit movie Mo’dorisha, a very successful movie which addresses the issues of domestic violence, rape and other related issues affecting female gender.
Her Movies:
Some of Kemi’s movies she has acted includes the following;
Read Also: Mr Ibu Biography, Age, Net Worth, Wife, Death or Alive, Wikipedia, Children
Her Awards:
Kemi Afolabi is a recipient of several awards notably as:
• Best Yoruba actress of the year at the City People Awards.
• Most Prominent actress at the Odua Image Awards in 2016.
• Best Yoruba movie producer of the year at the City People Awards.
Married, Husband and Daughter:
Is Kemi Afolabi married? Kemi Afolabi got married to Wale Adesipe based in the U.K in 2008. The union is blessed with a daughter named Darasimi Adesipe. She revealed she is a simple person and hates liars and people living fake lives. 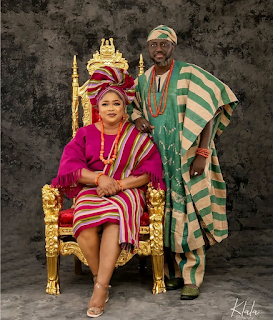 Kemi Afolabi Fashion/Hobbies:
Kemi is also a lover of fashion. She loves quality wristwatches, handbag and shoes to match especially Gucci designers.
She also revealed that her hobbies are to sit back and watch movies especially the ones she features in. 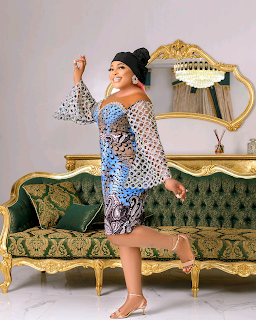 Height and Weight:
How tall is Kemi Afolabi? Kemi Afolabi stands at the height of 5 feet 5 inches tall and weighs approximately about 62 kg.
Kemi Afolabi’s Net Worth:
Kemi Afolabi is indeed a force to reckon with in the Yoruba movie industry, rated one of the richest and most influential with an estimated net worth of about $600,000 US dollars.
Kemi Afolabi House:
Actress Kemi Afolabi started off the year 2022,  by completing her new house. Some of the actress friends took to their social media page to celebrate her new mansion.
Her colleague Abiola Adebayo who celebrated her, wrote on Instagram;
“Congratulations to my baby Anota
My heart is filled with so much joy and happiness darling.
May this be the beginning of a major breakthrough in your life and family by God’s Grace.
Keep shining sis” 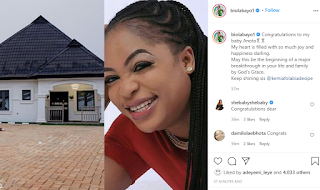 Kemi Afolabi Health:
Kemi Afolabi is currently having a serious health issues which might cost her life.
In January 1, 2022, Kemi Afolabi revealed how she prepared for death after being diagnosed with incurable disease.
The Nollywood actress, Kemi Afolabi, took to her Instagram page to revealed it.
In a statement via her Instagram page on Friday, the actress stated that she wrote her Will and booked a space with a funeral ground after her diagnosis.
She wrote, “I wrote my will and booked a space with ebony vault this year 2021 but God showed me how faithful he is despite my unfaithfulness.
“Who am I that God is so mindful of my existence? Me ordinary sand? That was toss around from my private hospital to LASUTH, to Army barracks hospital WAEC and finally LUTH where I spent over three months!
“I did COVID-19 test every 48hrs at LASUTH emergency because I was short of breath, was on oxygen for about a month, still no diagnosis after several test conducted.
“Only a mad man says there is no God. I sold my properties after spending all my savings because I knew the thoughts of bringing my condition to the public eye or beg for funds at the time will kill me faster!
“Finally, I was diagnosed of a condition that has no cure but can be managed by medications and takes me in and out of the hospital at will (SLE).
Adesipe after ‘incurable disease’ diagnosis
“Fluid blocked my lungs, affected my heart from functioning well which was the reason for my breathlessness and that is caused by the condition diagnosed! Surgery was the only option to drain out the fluid fast.
“My life has changed forever but I am thankful, I am still breathing.
“Being in an industry that places high value on appearance, it’s been a struggle taking medications that’s helps ease the pains but affect my weight and people will constantly remind you of how FAT you’ve become without hesitations.
“The year 2021 has been tough! but with God showing up for me and some special people by my side, I made it through.”
“Doctor says I have Five Years To Live, Actress Kemi Afolabi Opens Up”
In March 11, 2022, Nollywood actress, Kemi Afolabi, has opened up on her ‘incurable’ ailment, revealing that she was diagnosed with lupus.
In a recent interview with show host, Chude Jideonwo, published on Friday, the actress opens up that the doctor said she had five years to live.
According to her, she had lived just one year after the doctor’s pronouncement, as she tearfully noted that she didn’t know how much she had left.
Afolabi quoted her doctor as saying, “Make sure you are with your loved ones. At least, you still have up to five years.”
Talking about the sickness, she said, “I have lupus. It’s not curable. You just have to take medications for the rest of your life.”
She noted that she paid N1.2m on a treatment yet it did not work as she continually cried in pain.
Thenaijafame.com.ng wishes her Divine healing as we will always put her in our prayers. We wish Kemi a quick recovery.
Social Media Profile:
Kemi Afolabi is very active on Instagram with over 1.7 million followers on Instagram. You can contact her via her Instagram handle @kemiafolabiadesipe
SOURCE: THENAIJAFAME.COM.NG
NOTE: Every Biography and Content Information Found on Thenaijafame are For Educational Purposes. All Of The Information Are Taken Based on Google Search. Do Not Hesitate to Reach Out to Us for Any Correction/Suggestion via => CONTACT US! Thank You!!