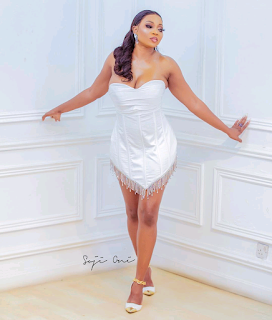 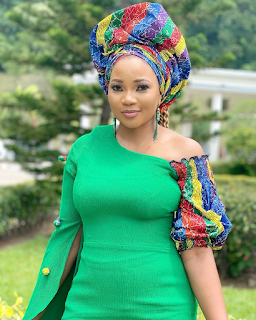 Biography and Wiki:
Who is Jumoke Odetola? Her real name is Olajumoke Odetola Ajoke better known as Jumoke Odetola (BINTA OFEGE) is a multiple award winning Nigerian Nollywood actress, producer, script writer and a model.
She came to prominence after her intriguing role in the movie titled “Somewhere in the Dark”.
She is very beautiful, creative and exceptionally talented actress who knows how to interpret movie roles. She can as well accept any character assigned her in most movies. 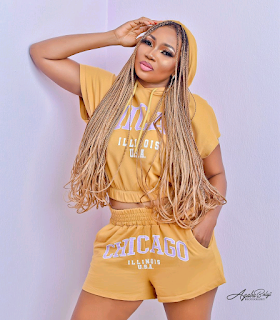 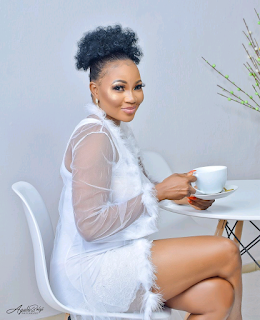 Jumoke Odetola State of Origin, Hometown:
Which state is Jumoke Odetola from? Jumoke Odetola was born in Lagos, but originally hails from Ijemo in Abeokuta, Ogun State in the south-western part of Nigeria, Africa. 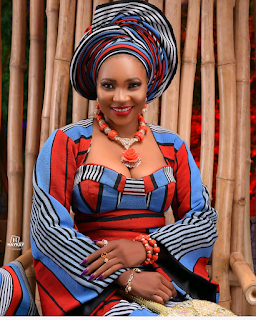 Family, Parents and Siblings:
Jumoke Odetola was born into Apostolic family faith in Lagos state. Olajumoke Otedola is the last born from a family of Nine that includes both her parents and sven children (6 girls, 1 boy). Jumoke Odetola has 6 other siblings five sisters and one brother.
Olajumoke Odetola Mother:
Who is Jumoke Odetola mother, pictures? Jumoke Odetola mother is Mrs Odetola, though information about her is not available, but the actress celebrated her moms birthday on her Instagram page.
Jumoke Odetola took to social media to wishes her mother a long life in good health to eat her labour. 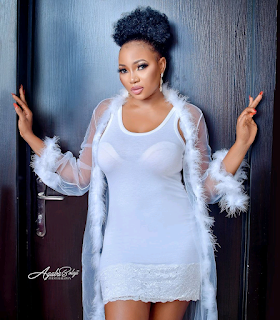 Sharing photo of herself and her mother, Jumoke Odetola wrote:

Happy birthday to God’s greatest blessing to me- My mother ❤️
Your virtues and lifestyle have moulded me to who I am today.
You didn’t just tell me who I should be, you showed me through your lifestyle.
I watched you as a child, but I didn’t know that was your way of teaching & moulding me to be strong, independent, hardworking, live a virtuous life, follow my dreams, be myself, be kind and never to walk in the path that would break or bring others down. Thanks Maama for bringing me up in the way of the Lord.
You are the best Mum in the whole world, and I pray you shall live in good health to eat the fruit of your labour. I am proud to call you my mother.
PS: Did you know I am the ‘last born’?
Do I exhibit traits of a typical last child?
Se mo baje?😅😅 (Question not meant for my sisters 🙄) 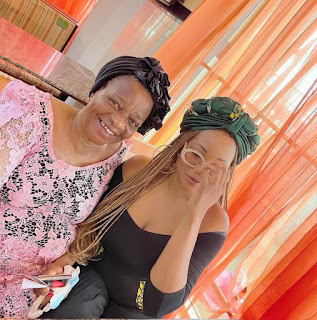 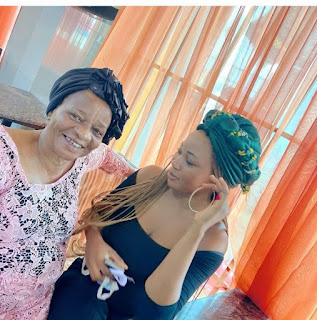 Educational Background:
Jumoke had her primary school and secondary education at Abeokuta Girls Grammar school, Abeokuta and later Ajayi Crowther University also in Ogun State where she bagged a degree in Information and Communication Technology.
She went further for her Master’s degree programme in Computer Science at the Federal University of Agriculture, Abeokuta. 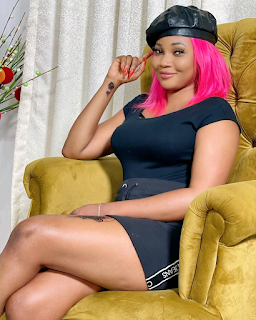 Her Acting Career:
Jumoke Odetola began her acting career after joining the Nigerian Movie Industry. She started off her Nollywood career in the English-language cinema, before acting in several Yoruba-language films.
Since her breakthrough she has featured in over 100 Nollywood movies, some of which include My Mirror, Owo Eko, Clincher, Alakowe, Wetin Women Want, Enibimo, Ebi Tawani, Orun Dop, Iwalesin, Binta Oege, Idajo, Bachelor’s Eve, Heroes and Zeroes, Somewhere in the Dark and television series including the popular Papa Ajasco, Super Story, Tinsel among others.
Jumoke described her character in “Somewhere in the Dark”, a film that featured Gabriel Afolayan as her most challenging film role. 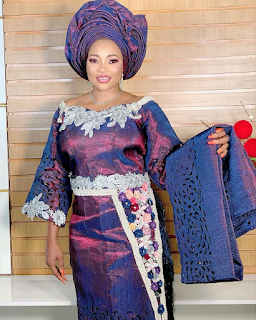 Jumoke is known to feature alongside the big stars in the industry like Damola Olatunji, Lateef Adedimeji, Aliweli Ademola, Adeolu, Jide Kosoko among others.
Aside acting, Jumoke Odetola is also a successful fashion business woman.
Awards/Nominations:
Jumole Odetola is a recipient of several prestigious awards. They include: 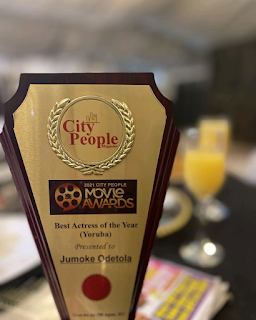 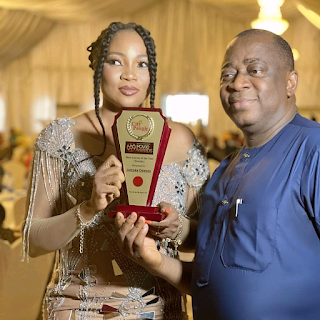 Jumoke Odetola Endorsements:
Jumoke Odetola signed an endorsement deal with CYK Garment and Apparel. The deal is believed to have run into millions of Naira. 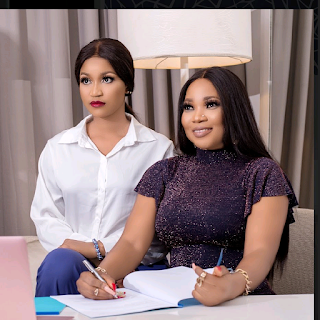 Relationship, Dating, Engagement, Engaged:
Jumoke Odetola is not engaged, and she is not in any relationship at the moment. She however disclosed that she has been asked out by men but believe in settling down as a married woman. 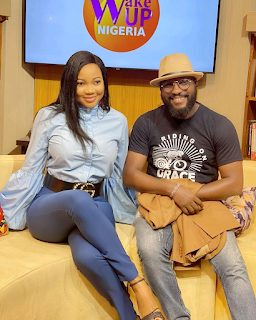 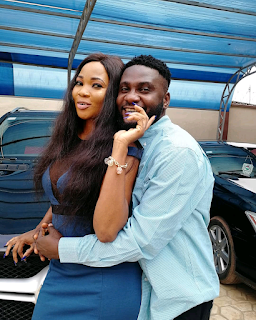 Jumoke Baby Daddy Scandal:
Jumoke’s life hasn’t been free of scandals, as she recently was accused of husband-snatching. According to the story which was published by Gistlovers, a UK based woman alleged that the actress was sleeping with her husband identified as Biola Majekodunmi despite knowing his marital status.
Jumoke Odetola Children, Child:
Does Jumoke Odetola have a child, son? Jumoke Odetola does not have any child nor son at the moment.
Jumoke Odetola Height and Weight:
How tall is Jumoke Odetola? Jumoke Odetola stands at the height of 5 feet 9 inches and weighs about 65kg. 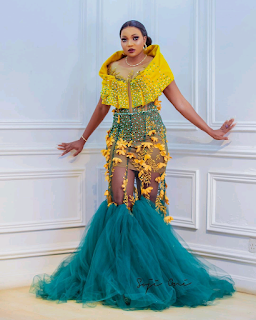 Jumoke Odetola House:
The popular Nollywood actress, Film director, and director, Jumoke Odetola is one of the actresses who recently became a landlord last year. In July 2021, the beautiful actress, Jumoke Odetola unveiled her multi-million Naira Mansions built in Lagos State.
According to the information gathered from different platforms, the house is worth over N30 million. She shared the beautiful exterior and interior decorations of her new house on social media for her fans to congratulate her. Jumoke Odetola’s multi-million Naira house is one of the achievements of her dedication. 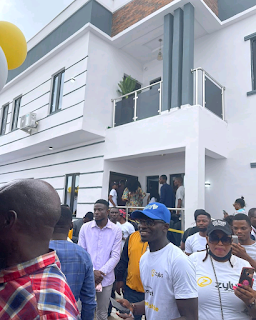 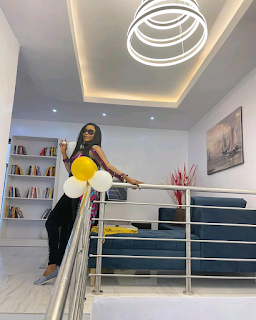 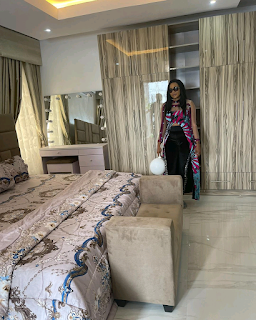 Jumoke Odetola Cars:
Jumoke Odetola is among the actress who owns many luxury cars. The actress has been blessed that she can afford any cars of her choice. She has different kinds of cars ranging from Mercedes-Benz, G-wagon, Rang Rover Sport Car and other SUV’s. 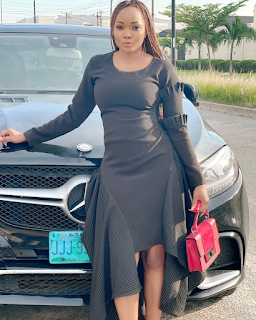 Her Net Worth:
Jumoke Odetola is a famous Nollywood actress, rated one of the richest and most influential actress, with an estimated net worth of about $600,000 US dollars as of 2022
Instagram Page:
Jumoke is very active on Instagram with over 1.4 million followers on Instagram, you can follow her on Instagram @Jumokeodetola
Jumoke Odetola Phone Number:
You can contact Jumoke Odetola via her office phone number below:
Office 09095442155
SOURCE: THENAIJAFAME.COM.NG
NOTE: Every Biography and Content Information Found on Thenaijafame are For Educational Purposes. All Of The Information Are Taken Based on Google Search. Do Not Hesitate to Reach Out to Us for Any Correction/Suggestion via => CONTACT US! Thank You!!